Nazi past in one's own family 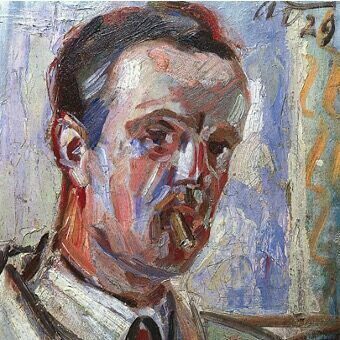 Dieter Schleyer, a guest student at Cologne University, has been researching his grandfather and painter Adolf Doerner . His past during the National Socialist era was hardly addressed in his family, as in so many other families.

Mr Schleyer examined documents that were still available. He studied sources and literature. He interviewed people from his grandfather's circle. Above all, however, he studied the paintings of his grandfather, who had worked as an artist under National Socialism and whose paintings have survived to this day.

The traces left behind by this person are made visible, his entanglements are shown and the effects on the family are addressed.

An important contribution for anyone who wants to remember National Socialism as something that also took place in their own family.

2MM is a lecture series of the fgs. It takes place on every second Wednesday of the month during the semester. Here, guest lecturers talk about their work at the university and about experiences and projects from their private or professional lives.

Where? Säulensaal at the KHG